Cherbourg 1944, it's a new permanent exhibition and a film

1. THE NEW PERMANENT EXHIBITION
‘CHERBOURG 1944… And Freedom Came from the Sea’

It lifts the veil on the twenty days between the Normandy Landings on 6 June 1944 on Utah-Beach and the liberation of the port of Cherbourg on 26 June.

The visit, immersive and interactive, includes previously unpublished images of the Allies’ struggle to make progress through the Normandy countryside, the German resistance, the bombings, and the civilians who were the innocent victims of the Battle of Normandy.

The exhibition includes striking images that are rarely exhibited in public. By looking at the giant-format photos and watching contemporary films the public come to fully understand the importance of the role played by the port of Cherbourg in the logistics of the liberation of Europe. Over and above the technical feat, the exhibition illustrates the trials undergone by the people -both military and civilian- in the period immediately after the liberation.

This exhibition in not available for the moment.

I buy my tickets>
PRACTICAL INFORMATION

This film is not available for the moment.

I buy my tickets>

La Cité de la Mer has also produced a new film, shown every day on the large screen in the auditorium: 20 days for Cherbourg.

The film enable visitors to understand why, in December 1943, General Eisenhower decided to add a fifth beach, Utah-Beach, in the Manche department, to the four already included in plans for the Allies to land in Calvados. 13,000 American soldiers passed through the sky over Sainte-Mère-Église and the surrounding marshes. Those who survived the landings fought stoutly for twenty days across the whole of the Cotentin peninsula 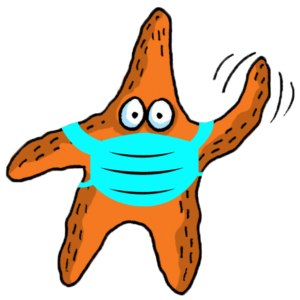 La Cité de la Mer will welcome you every day, from 9.30am.As from 11 years old, please come with a mask! If you have been unable to get one, you can buy some on site, at the cash desk or in our shop.
Nous utilisons des cookies pour vous garantir la meilleure expérience sur notre site web. Si vous continuez à utiliser ce site, nous supposerons que vous en êtes satisfait.Ok